Recently, I watched the movie Arrival (released in 2016) and was impressed by its philosophical profundity and intellectual portrayal of first contact with aliens. The movie keeps you in suspense throughout and makes you think deeply even long after it’s over. As someone interested in languages, I appreciated the substantial time it gave to just solving the linguistic problem of communicating with extraterrestrials in the first place. It made perfect sense when I discovered, while reading more about the movie, that it was based off a short story by a prominent science fiction writer, Ted Chiang. Since Arrival had such unique plot elements and involved many scientific and linguistic details, it was clearly the work of a serious and thoughtful author.

I then decided to read “Story of Your Life”, which served as the basis for Arrival, and the other short stories included in Chiang’s collection, titled Stories of Your Life and Others (published in 2002). Set everywhere from ancient Mesopotamia to the rapidly approaching future, these short stories represent his first eight works, and they were refreshing to read. A few of the stories, like “Hell is the Absence of God”, take place in fantastical alternate universes, whereas others like “Division by Zero” and “Liking What You See” feel much closer to home. With his sharp prose and interesting utilization of scientific, philosophical, and theological concepts, Chiang definitely succeeds in crafting thought-provoking stories with original plots.

An important feature of this collection is the variation of narrative styles that Chiang employs: he includes second-person flashbacks in “Story of Your Life”, presents “The Evolution of Human Science” as an article from an academic journal, and portrays “Liking What You See” as a documentary with snippets from characters’ speeches and interviews. The fact that Chiang is so precise not only in his language, but in his presentation of that language, really indicates his skill as a writer. Plus, the way he builds up each story’s setting and characters really immerses the reader in that world, making you invested in the plot and its protagonist(s). 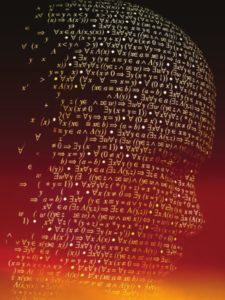 Stories of Your Life and Others by Ted Chiang

I read “Story of Your Life” first and really enjoyed the way he structured it by interrupting the story multiple times with flashbacks and eventually coming around full circle to explain everything. It is definitely an optimistic portrayal of what humanity’s first contact with aliens might be like if they landed on Earth, but the fact that the aliens are so different from any terrestrial organisms and the way humans try to communicate with them feel realistic. As in the movie, the ending is logically mind-boggling and emotionally heavy. Throughout the 50 or so pages that it fills, this story engages the reader’s mind by diving deeply into everything from the physics of refraction to the semiotics of writing. At a philosophical level, it deals with issues of life, death, and free will in a way that keeps you pondering for days. Some details in “Story of Your Life” were surprisingly and importantly different from Arrival, especially the circumstances of the daughter’s death, but I was still able to appreciate the movie’s adjustments after reading the original story.

Each of the other stories in the collection is also unique in terms of storyline and rich with meaning. My two other favorites would probably be “Tower of Babylon” and “Liking What You See”, primarily because of their intriguing premises. On the other hand, the least captivating stories in my opinion were “Seventy-Two Letters” and “Division by Zero”. This might be because they felt a little too dry and technical in building up their plots. In between, “Understand”, “The Evolution of Human Science”, and “Hell is the Absence of God” were all interesting short stories that are worth reading.

“Tower of Babylon” is, as the title suggests, based on the biblical story of the Tower of Babel, although it doesn’t involve the “confusion of tongues”, which I thought it might have given the author’s interest in linguistics. In this version of the story, the Babylonians have spent several decades building a massive tower in order to break through the heavens and be face-to-face with God, and in the process the tower has amassed its own population. I liked this story because of the attention it pays to the logistics of building and living on such a structure in an ancient setting without modern technology, as well as the societal effects it has on the people. The surprise ending is reminiscent of that of “Story of Your Life”, but perhaps not as mind-bending or interesting as it could have been.

The last story, “Liking What You See”, is presented as the transcript of a documentary, with snippets from speeches and interviews revolving around a social justice debate on a college campus. Essentially, the student body is debating whether or not to mandate (for all students) a new procedure that prevents the brain from being able to distinguish beautiful faces from unattractive ones, in order to prevent the discrimination of “lookism”. The premise is strikingly similar to real-life debates taking place these days on American campuses, and perhaps if the sort of technology Chiang made up in the story is actually possible, we will be facing such a situation in the near future. Individuals from both sides of the debate make captivating arguments one after the other, highlighting the complexity of ethical issues and the tension between freedom and equality.

In the end, I’m glad that Arrival introduced me to Ted Chiang’s excellent work, and I’m sure that more of his stories could be successfully adapted on screen. Reading Stories of Your Life and Others has definitely rekindled my interest in reading fiction, especially science fiction, and I highly recommend it. Personally, I look forward to reading Chiang’s “The Merchant and the Alchemist’s Gate” (published in 2007) soon.